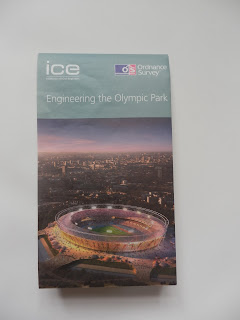 I was at the Rowley Gallery last week however, and was given a copy of one of the limited edition Ordnance Survey maps of the Olympic Park over in Stratford and asked to see what I could come up with by Chris, one of the directors of the gallery. The map was created in conjunction with the Institute of Civil Engineers and as far as I understand only made available to the Institute of Civil Engineers and schools.The map charts the clean up and development of the area and construction of the various sports arenas from 2001 to the present day. 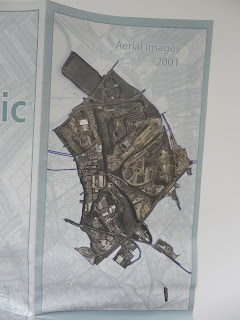 I love a good map especially the older ones where the paper quality is thicker and the graphics have a nicer quality than modern maps. I am usually loathe to cut into the vintage maps but didn't really have any such qualms about cutting into the 'Engineering the Olympic Park' map. Chris had previously supplied me with a beautiful old Michelin map and asked me to create one of my 'Map of the Heart' series which had a connection to the history of the Rowley Gallery (see Rowley Gallery blog). 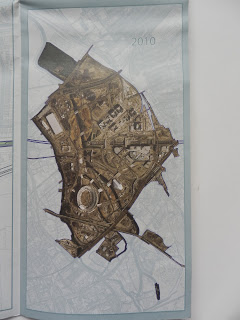 My inspiration for Citius, Altius, Fortius (the official Olympic motto meaning Faster, Higher, Stronger), was the athletes arriving in London last week and also the grey skies and unusually heavy amount of rain we have been experiencing in the UK this summer. Most of the map is grey and a little drab which is an apt reflection of the wet weather we have endured. The piece is basically a metaphor for the arrival of the athletes bringing with them some much needed colour to a grey, wet, London. Like certain species of butterfly they descend on the capital (and UK), for a season, (two weeks in this case), delight us with their prescence, prowess, and beautiful bodies, before fluttering off and migrating back to their usual climes and habitats when the Games are over.

Creating Citius, Altius, Fortius, was a slight departure from my usual method of working as I drew and cut the butterflies with a scalpel rather than my usual scissors. I found this quite labour intensive, and hard on the fingers, but an enjoyable process nonetheless. 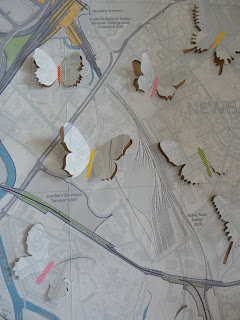 I'd like to thank Chris for providing the inspiration for the Citius, Altius, Fortius, and for allowing me to slice into his map. You can view it now along with other Olympic themed artworks at the Rowley Gallery 115 Kensington Church Street, London W8. 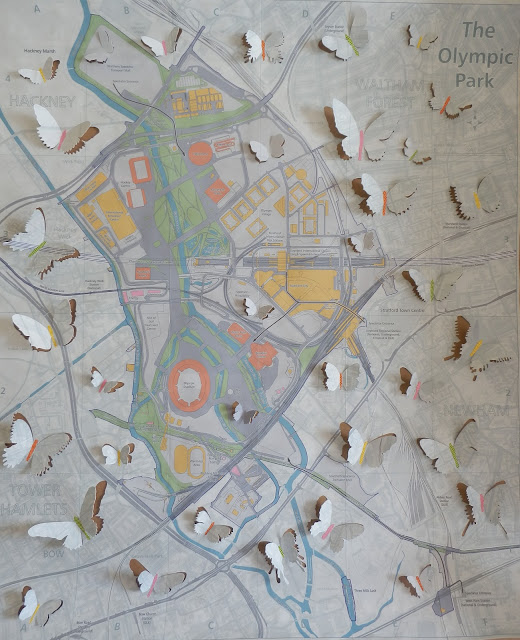 Posted by joseph scissorhands at 16:56