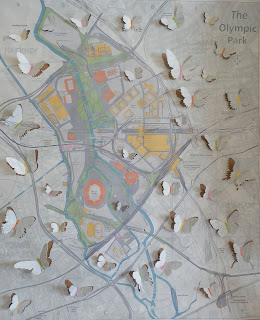 Another artist who takes architecture as the central theme of her work, and has documented the development of the Olympic site and building of the various sports arenas in Stratford is the wood engraver and printmaker Anne Desmet. 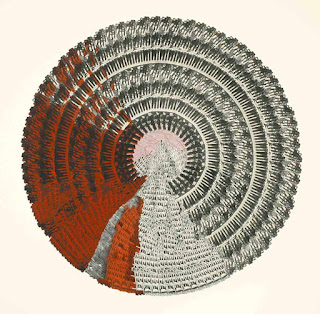 I became familiar with her work previously, at the Whitworth Art Gallery, Manchester, with her stunning series of huge architectural Babel Flowers prints, (above), that were on show there. These were hung next to a series of Piranesi's moody, interior etchings and there are quite clear parallels between the works of the two. Having been a lino cutter I loved the immediate graphic qualities of her work. They also remind me of the wartime woodcuts of Edward Wadsworth of the Dazzle Ships. 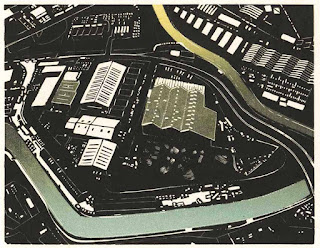 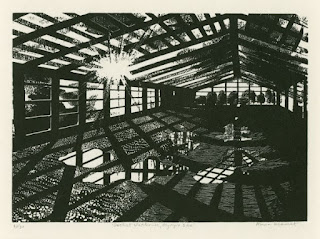 The transformation of the site in the east end, from demolition, clearing and development and subsequent construction of the Olympic Park site, is wonderfully documented through the beautiful graphic imagery of this series of wood engravings. These wood engravings provide a more useful document, and are stronger visually, (in my opinion), than the officially commissioned artwork by well known artists, chosen by the Olympic committee. I like the way in which she takes the art of wood engraving in a new direction by mounting the prints on unusual materials such as razor bill sea shells, slate and also mirror to stunning effect. 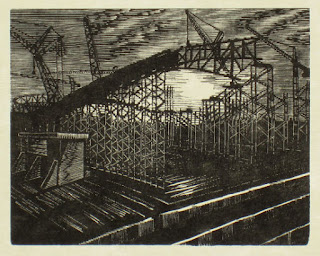 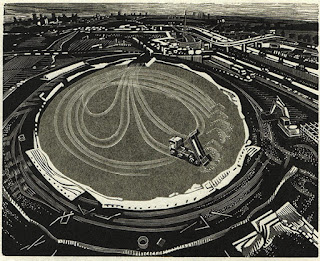 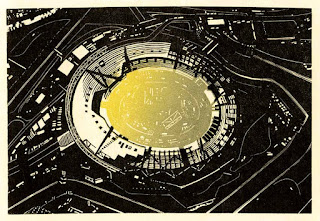 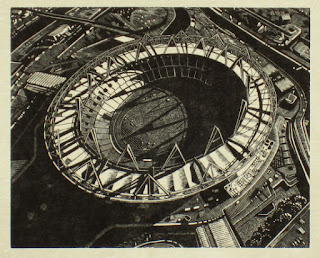 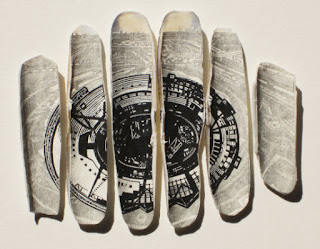 Posted by joseph scissorhands at 13:18