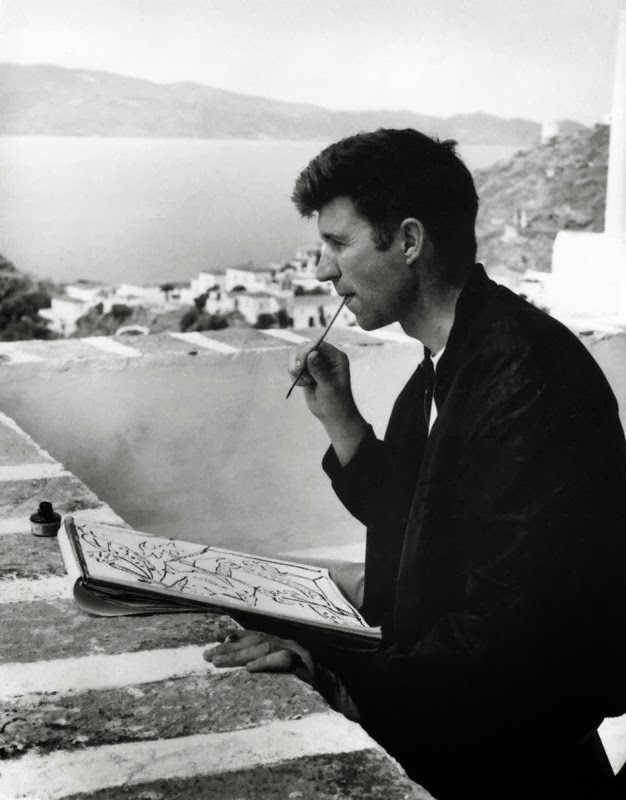 I had been eager to see this exhibition, as the last time there had been a major survey of Craxton's work was in 1967 at the Whitechapel Gallery. I had seen two of his paintings at Tate Britain fairly recently and was curious to see more. 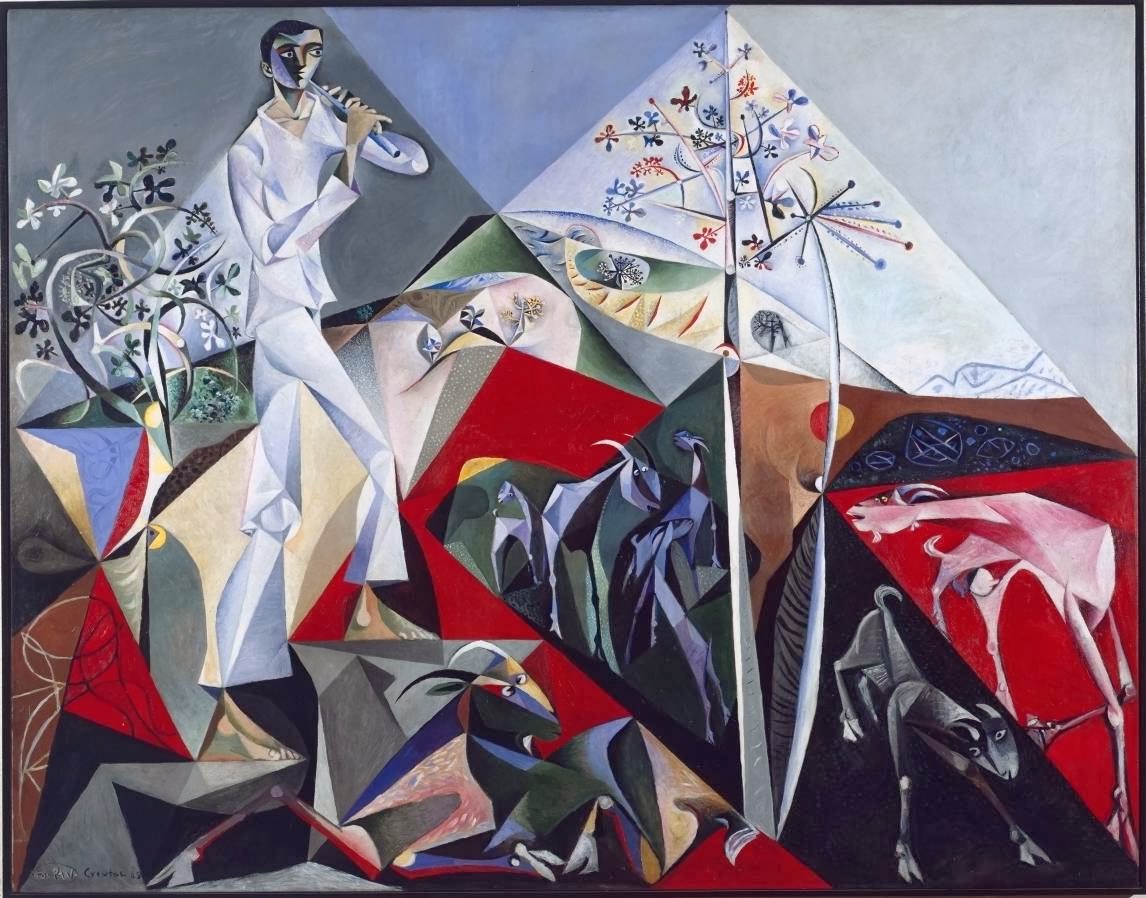 Craxton was born into a musical family and was mostly self-taught as an artist. Formative influences on his art were the work of Picasso, (he encountered Guernica, which was to remain a profound influence on his style of painting throughout his career), Fernand Leger, Miro and Cubism. He became friends with Graham Sutherland and Lucian Freud and lived with the latter for a period. It was though, a visit to Poros in 1946 and the quality of light, and life of the fishermen, goatherds and sailors there, that became the main focus and subject matter of his painting. 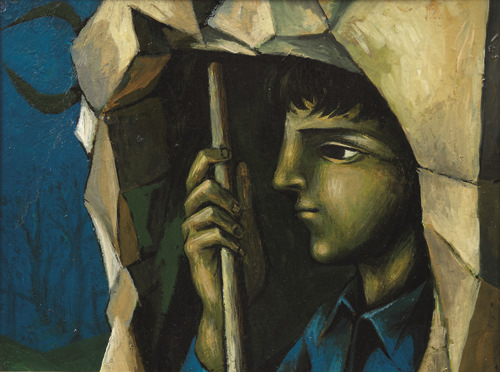 His early work was influenced by that of the Surrealists, William Blake and Samuel Palmer, and consists of solitary youths in pastoral settings such as Shepherd and Rocks, (1943) above, which has a mystical quality about it, and reminds me of the spirit of the work of Cecil Collins. Most people will probably be familiar with Craxton's work through the series of book jacket designs that he illustrated for the author Patrick Leigh Fermor. 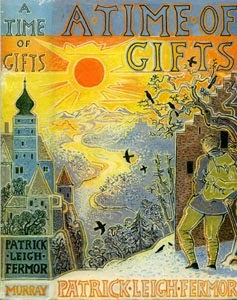 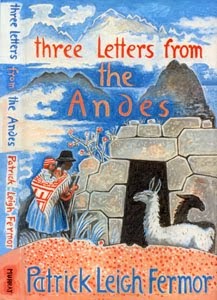 Craxton's particular style of painting lends itself well to illustration, and also textile design, as is seen in the piece below which was a tapestry commissioned by Edinburgh University. It is a really good example of Craxton's love of colour and mark-making and was influenced by Byzantine mosaics he'd encountered on the Greek islands. 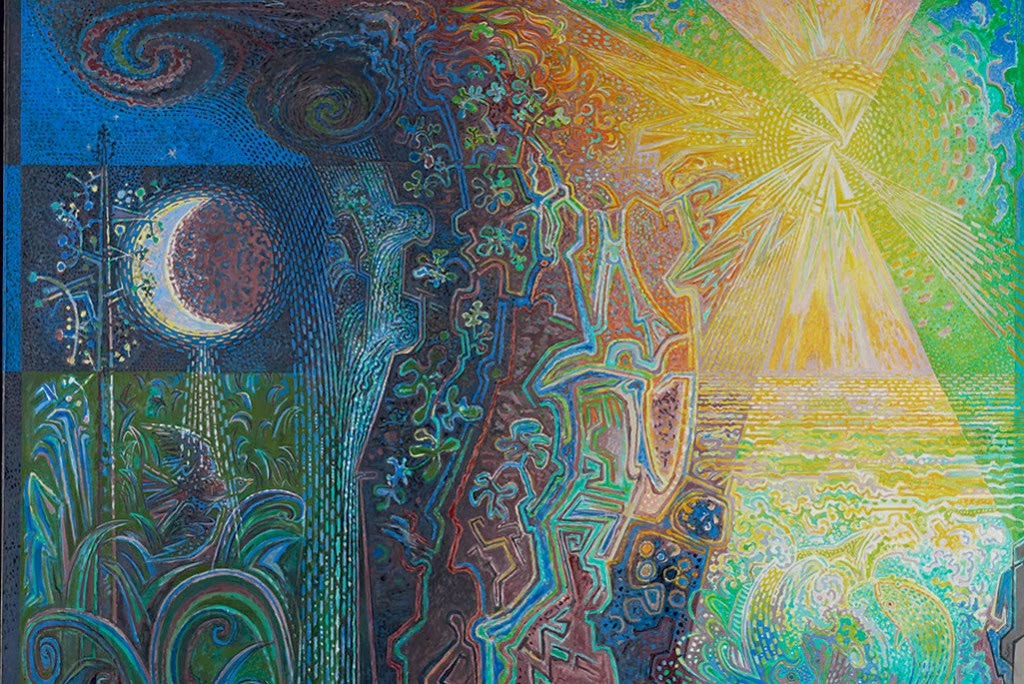 The two favourite pieces of mine from the exhibition however were:- 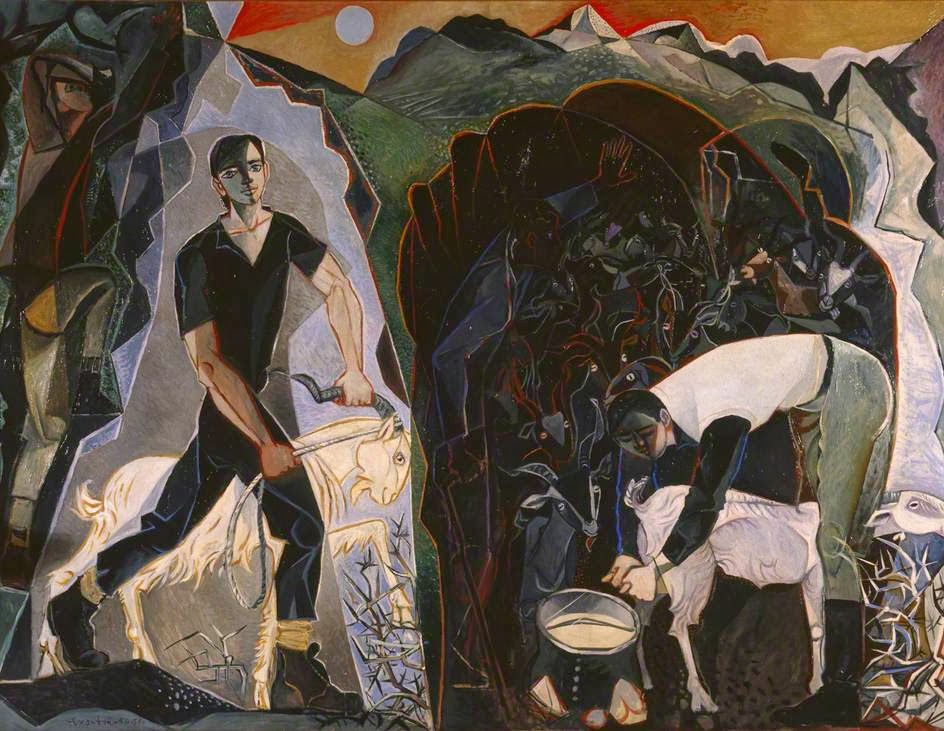 This piece 4 Figures in a Landscape (1950-1) above, which shows his a mastery of composition, line and tone. And Reclining Figure with Asphodels, (1983-4), below, where Craxton again returns to the theme of a solitary figure in the landscape, but where Craxton's mature style is less reliant on the influences of Picasso and Cubism, and again displays his love of colour and nature.

There are also a variety of drawings and personal photographs on display in the exhibition. I enjoyed this show as it was a bright blast of Mediterranean sunshine on a wintry Cambridge morning. The walls of the exhibition space reflect this as they are painted a nice sunshine yellow and complement the vivid colours of the Med reflected in Craxton's paintings. Well worth a visit. 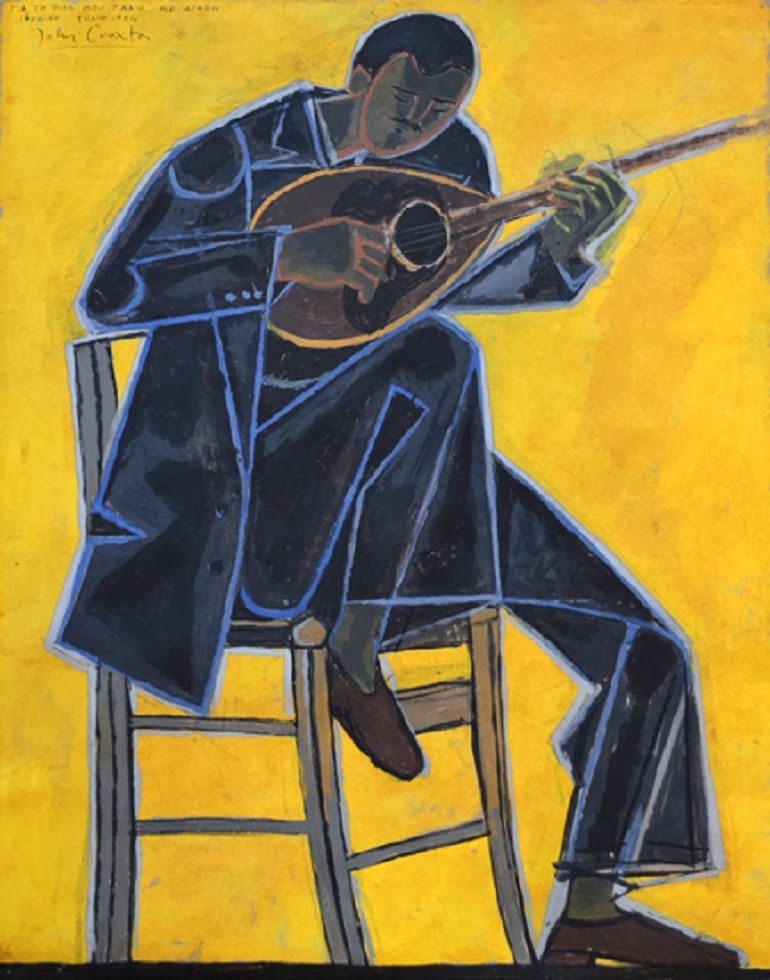 joseph scissorhands
Joseph Silcott. I'm an artist who works with a variety of papers and loves winged things. You can contact me at - josephscissorhands@yahoo.co.uk if you have any questions or enquiries. I am on Instagram too @josephscissorhands. Thank you for visiting.