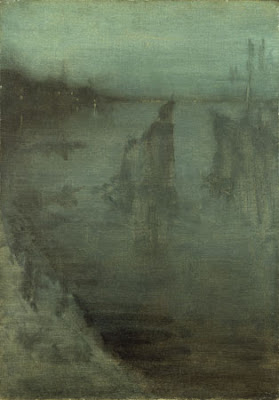 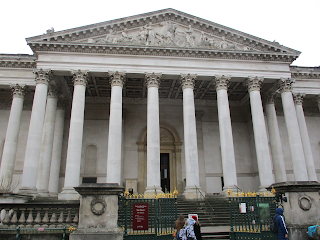 I paid a visit to the Fitzwilliam Museum, Cambridge, whilst on business in that fair city to see Whistler & Nature, an exhibition that purports to show the impact of landscape on Whistler's art, and his impact, in turn, on British landscape painting. I don't believe the curators have really succeeded in this respect, as the show doesn't have nearly enough important examples of his famed landscape paintings such as the celebrated Nocturnes to lend the exhibition a sense of weight or gravitas. Much of the work shown here comes from the Hunterian Art Gallery collection of Whistler's work and the Fitzwilliam's own holdings. The exhibition relies far too heavily on his etchings of various landscapes, but mainly riverscapes of the Thames and Venice's canals. Apart from the Nocturne above, the painted examples of Whistler's lanscapes included are few and quite slight, being either just preliminary sketches or unfinished works. The figure (set for the most part in interiors rather than in landscape), in Whistler's work, also features rather too prominently in this exhibition too for it to be taken seriously as an investigation into the connection between his painting and nature. This said, the etchings included here are beautifully executed with accomplished draughtsmanship and line work. They are very evocative of place, especially those from his visit to Venice. The exhibition also investigates the influence of the then popular vogue for all things Japanese - Japonisme - on Whistler and other artists of the period. There are some examples of Japanese woodcut prints which proved to very influential in terms of composition and cropping to Whistler and other European artists of the period. I especially enjoyed seeing first-hand here the sheet of drawings in which Whistler developed his famed distinctively stylish butterfly signature (penultimate image below), which I created a post about last year, and which you can read more about (here). 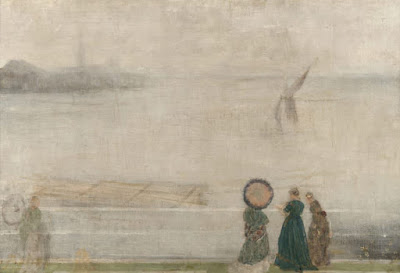 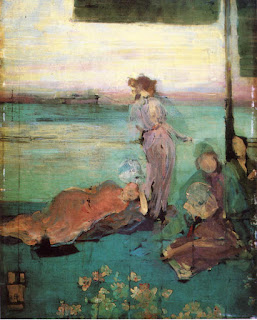 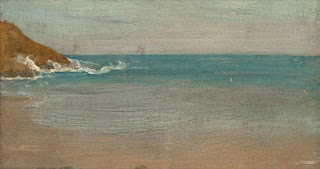 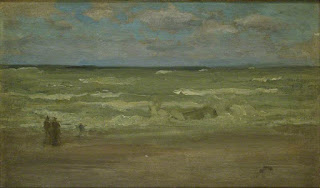 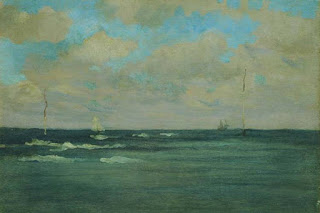 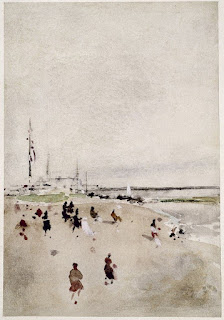 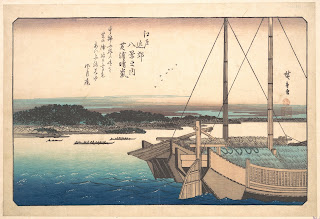 Utagawa Hiroshige (1797-1858)
Clearing Weather at Shibaura from Eight Views of the Edo Environs, 1838 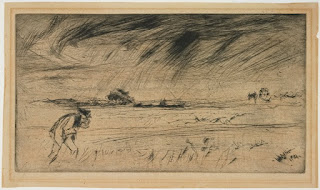 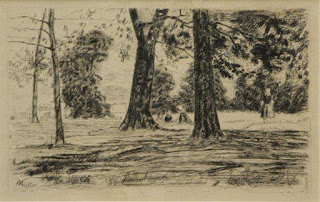 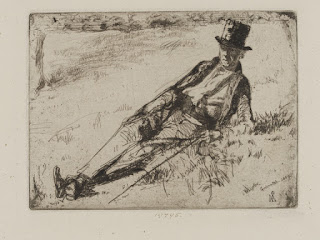 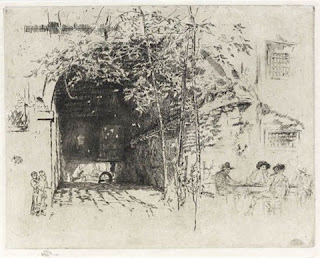 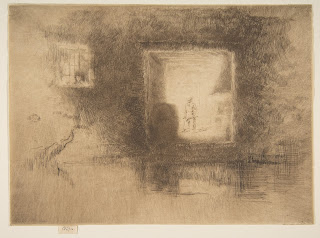 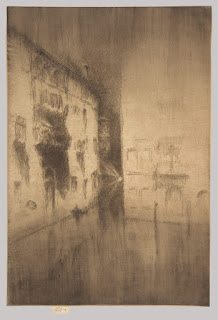 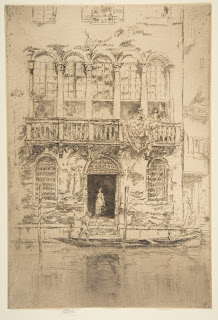 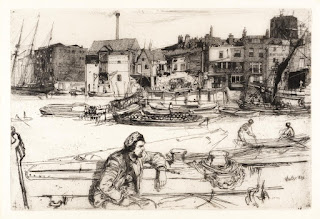 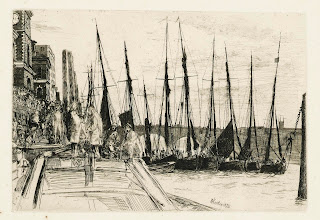 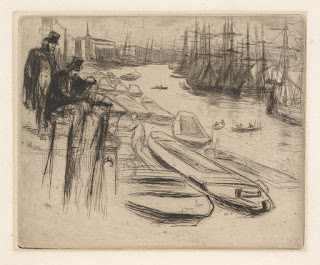 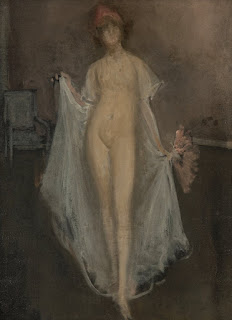 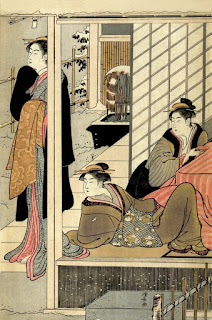 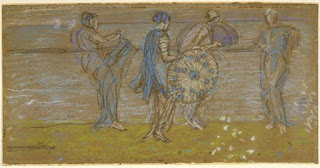 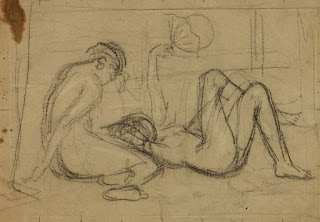 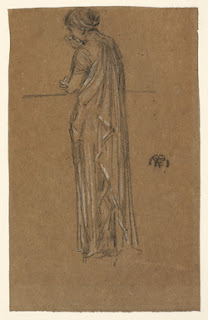 Study of a Standing Woman Seen From Behind 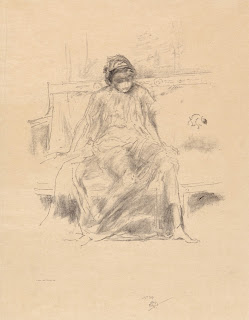 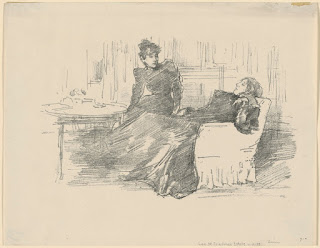 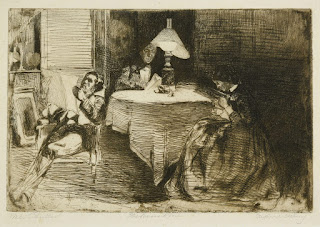 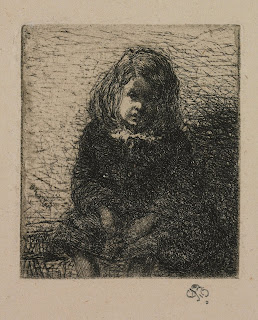 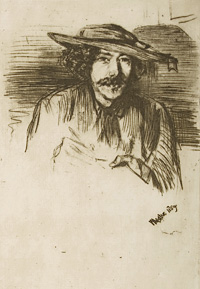 Portrait of Whistler with a Hat, 1859