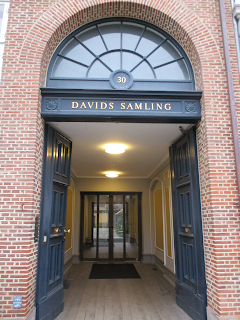 The Davids Samling museum is a small museum situated in Copenhagen which packs a big punch. It is situated just across the Kongens Have (King's Garden) park - home to the Rosenborg Slot, palace and part of the Parkmuseerne area (also home to the Statens Museum For Kunst here). I had seen before visiting that they had a collection of Vilhelm Hammershøi paintings but wasn't prepared for the quality or quantity of those that I discovered here. The Davids Samling reminds me of the Sir John Soane Museum in Holborn, in that it is a grand 19th-century townhouse which has been converted into a museum to showcase the singular collection of a man with an appreciation of fine objects. In this case it was Danish barrister Christian Ludwig David (1876-1960), who's collection has been added to significantly since his demise. The collection contains ancient Islamic ornamental scripts, textiles, jewellery and weapons as well as Persian miniatures described as one of the best collections of such objects in the West. The Samling collection also houses fine European furniture and porcelain as well as Danish, Dutch and French paintings from the 18th century, all set over four floors. The two top floors housing the Islamic and Eastern collections were renovated in 2009 and the attention to detail in the design and presentation with sliding drawers full of miniature paintings is fabulous. So sleek and modern is the design of the upper space - you would swear you were in a 21st century space rather than a historic 19th century house. You could happily spend hours getting lost in the maze of rooms discovering treasure after treasure. It's only on descending to the second and first floors that you get a sense of the history of the building which is set out and decorated in period style, much as it would have been when first built. The light was very low on the upper floors but the following are some treasures from Islamic and Persian collections. 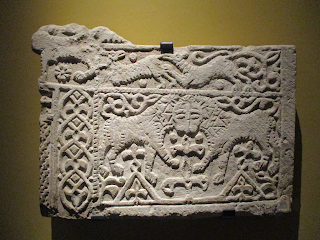 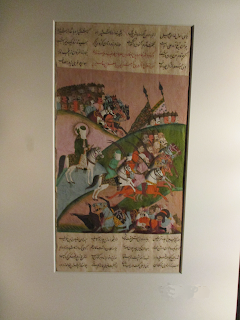 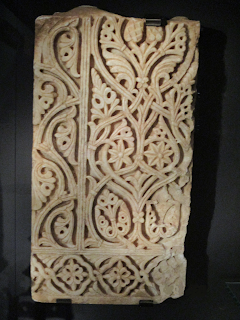 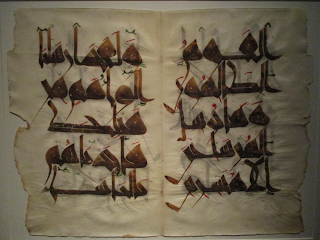 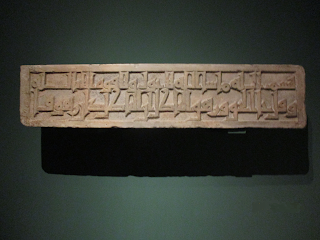 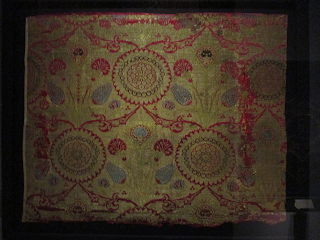 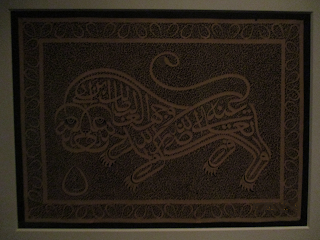 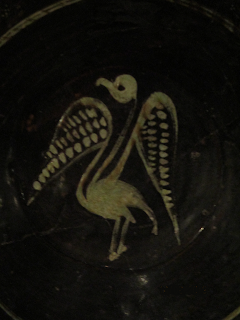 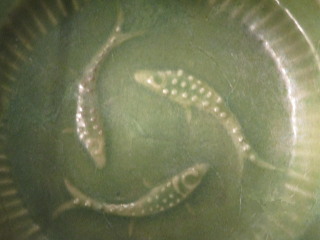 Descending to the lower floors, the following are some treasures from the Samling European collections. 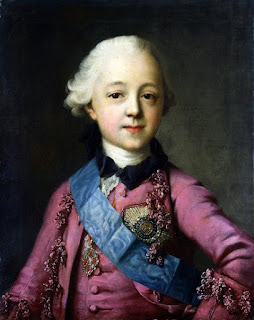 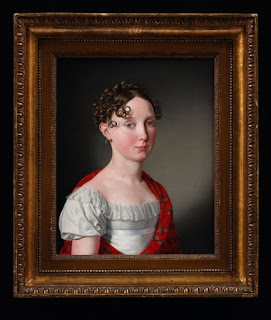 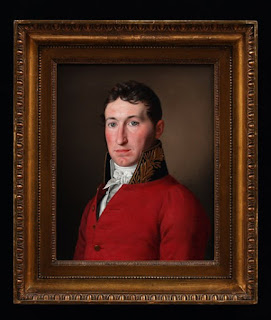 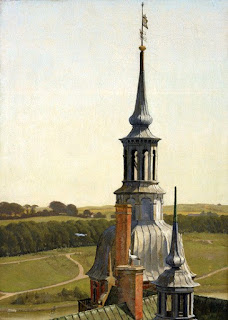 Christen Købke - One of the Small Towers on Frederiksborg Castle, c. 1834 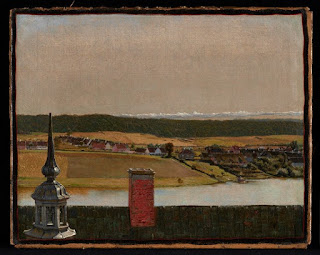 Christen Købke - The Ridge of Frederiksborg Castle with a view of the Lake, Town and Forest c. 1834 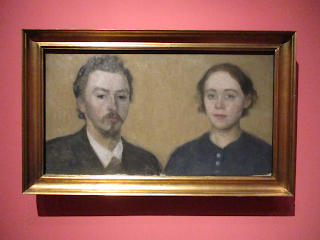 Vilhelm Hammershøi - Double Portrait of the Artist and his Wife, 1892

As dazzling as the display of Islamic art and artefacts on the upper floors was, the vibrant pink room housing the Hammershøi paintings was my favourite in the Samling museum.
Hammershøi was a master at sensitively evoking mood and atmosphere, as well as depicting nuanced light conditions in his paintings. They are painted in the muted tones of a limited colour palette, and are punctuated and delineated by architectural elements such as door and window frames, and the ghosts of shadows. There is a silence to Hammershøi's work even when figures are present. The most obvious artistic parallels to be drawn are those with Dutch painter Vermeer. This room of the museum was a wonderfully quiet, contemplative space akin to being in a church. It was hard to tear myself away. I would urge you to take the time for a visit to the Davids Samling on your itinerary whilst in Copenhagen. 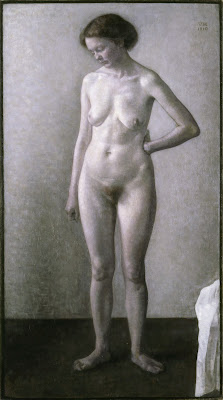 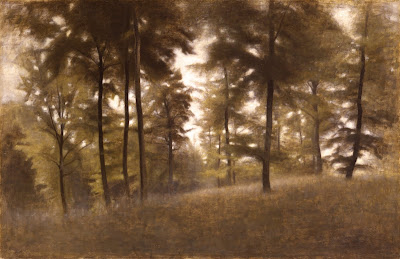 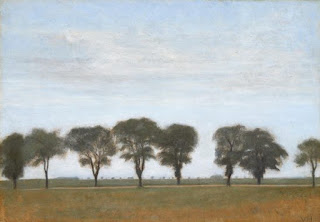 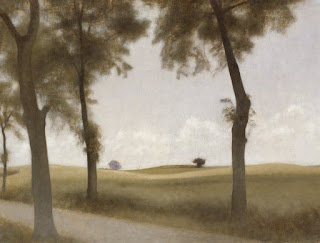 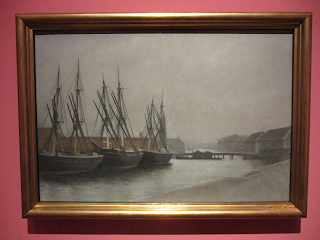 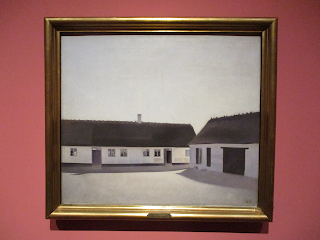 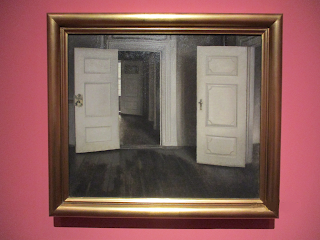 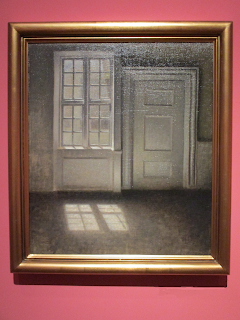