Helen Beard: It's Her Factory 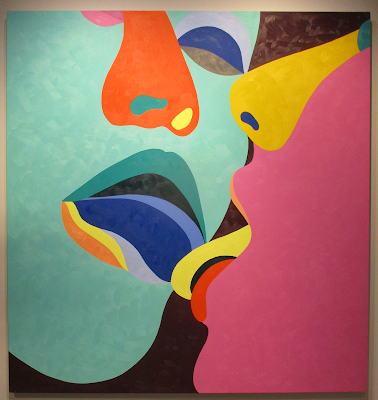 
October as usual proves to be a busy month in London's art calendar, kick-started by the arrival of Frieze. The smaller galleries though have been pulling out all the stops to compete. I did the rounds of of some of the shows of course, and first stop was Unit London to see more of the colour saturated paintings of Helen Beard - a veritable pornucopia of smut. The works consisted of singles, couples and the odd threesome tirelessly working their way through every concievable combination of coitus worthy of any well-thumbed copy of the Kama Sutra. The colours Beard employs are lovely, and are a definate strength in these works along with the textural paint strokes which make up the surface. I think the smaller, more abstract pieces worked better however, and it's difficult to see where Beard can take and develop these explicit pieces further. This said, the less explicit It's Her Factory 2019, painting channelling the collages of Matisse works, as it is less overt and reliant on the explicitness of porn. Beard claims to be subverting pornography by taking back ownership from the predominently male gaze. I am not so convinced, given that most of the pictures contain single women pleasuring themselves, or couples engaged in girl-on-girl action, which is apparently exactly what the majority heterosexual 'male gaze' fantasy wants to look at in porn. I would argue that if Beard wants to subvert pornography she would turn to the work of female directors of pornography for her subject matter whose work is more sympathetic to the female gaze. There were some interesting aspects of her oeuvre that I had not seen before here at this exhibition though such as the tapestries which translate and adapt to the colour fields of her paintings really well. The vibrators with little colourful, crocheted hats as sculptural wall installations were very arch, and fun too. 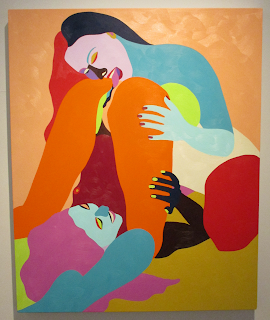 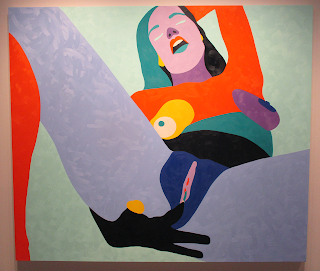 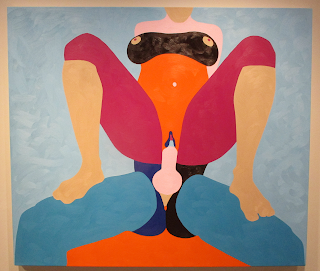 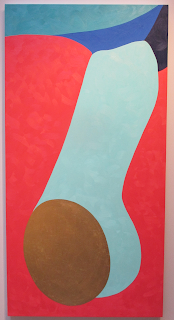 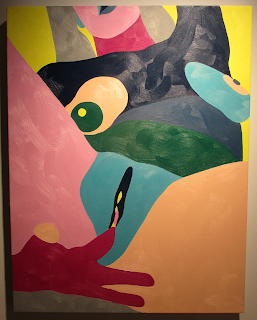 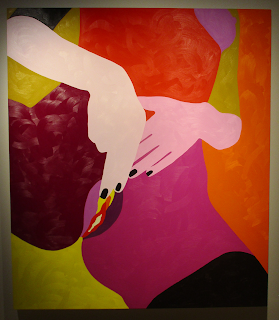 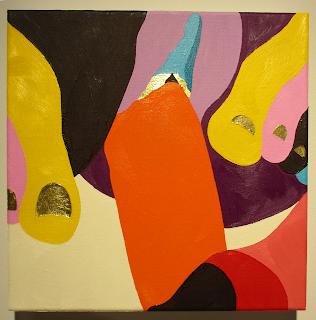 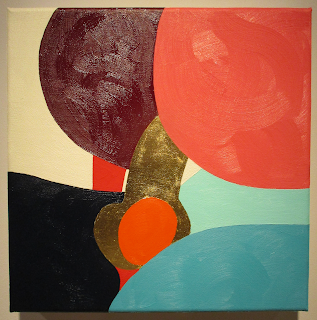 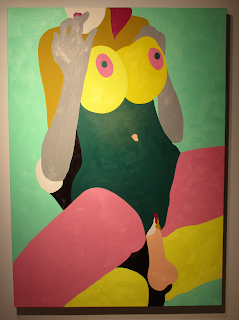 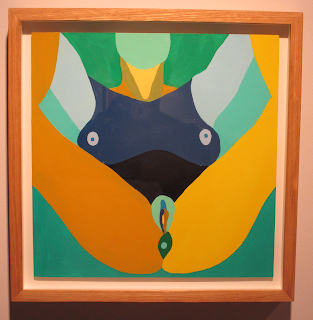 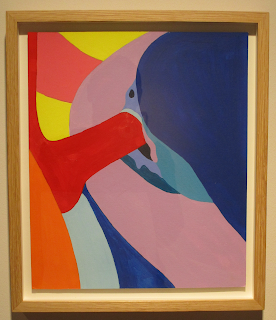 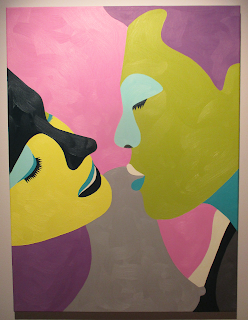 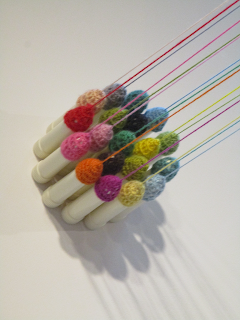 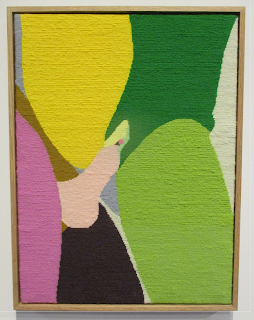 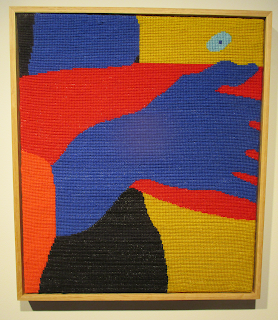 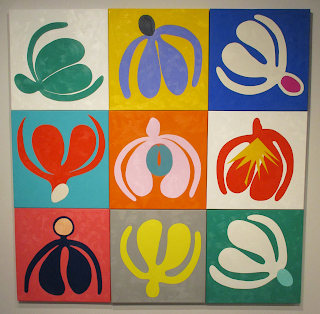 Posted by joseph scissorhands at 01:24