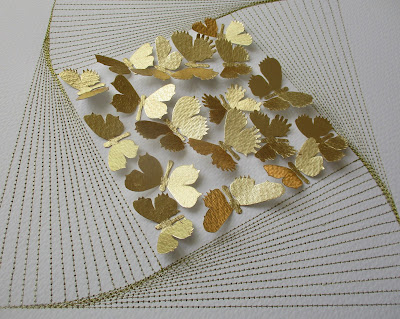 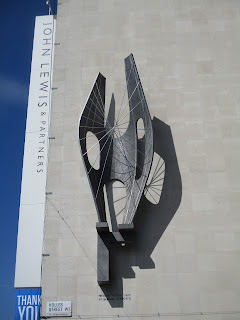 I usually pass Barbara Hepworth's Winged Figure sculpture attached to the facade of the John Lewis department store at Oxford Circus on a weekly basis. I really admire the combination of its form pierced by holes, and the tension created by the metallic strings delicately criss-crossing the piece casting web-like shadows. Winged Figure inspired me to
revisit Chiharu Shiota's contemporary string/thread installation work staged last year (here), and I wondered to what extent Shiota and other artists specialising in the medium of string/thread were inspired by Marcel Duchamp's iconic, mischievous installation Sixteen Miles of String at the First Papers of Surrealism exhibition in 1942. Visitors to the exhibition had to negotiate their way through the tangled mass of string in order to view the artworks, which must have been really amusing to watch. 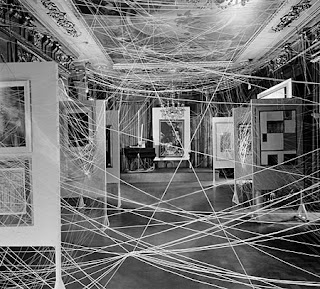 I then began to look further at other pieces of midcentury sculpture and furniture design which employ string to emphasise and enhance their forms. I came across further lovely examples by Hepworth, Henry Moore, and Naum Gabo. Of the three, Gabo was perhaps the first to use string in his sculptural works. Having initially studied medicine, he would have been aware of, and influenced by the complex mathematical models created using string such as those in the picture below. Henry Moore who began making stringed pieces in 1937 may well have been influenced by seeing Gabo's stringed work after Gabo moved to Britain in 1936. Moore, however cited similar mathematical models he found in the Science Museum as the direct source of his inspiration. It wasn't so much the science aspect of the models that inspired him, but rather the ability to see forms within forms through the strings. 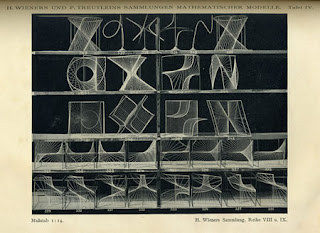 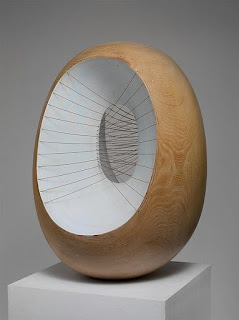 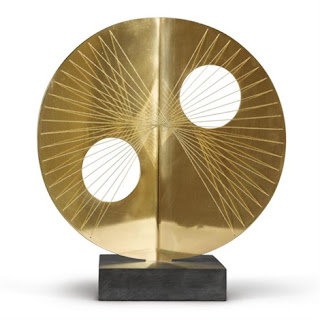 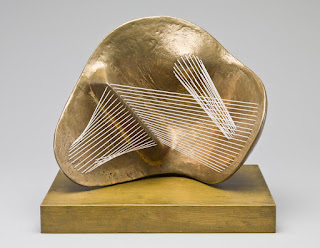 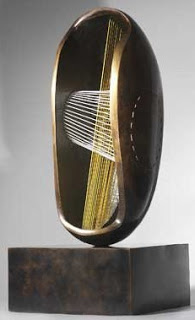 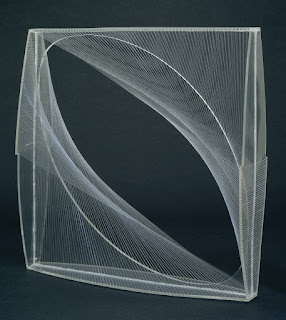 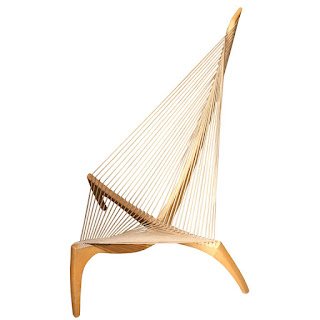 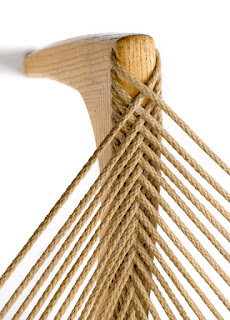 To my eyes these sculptures all resemble musical instruments in some way, with their combinations of holes and strings within a stylised form. They evoke images of aeolian harps just waiting for the breeze of Aeolus, the god of wind in ancient Greek mythology to pluck their strings, coaxing sweet, ethereal music out of them. Danish designer Jørgen Høvelskov's Harp Chair is a wonderfully sculptural piece of midcentury furniture with obvious musical connotations that also utilises string as an integral part of its elegant design. These sculptural stringed forms, and the myth of the god of wind have provided the inspiration and title behind Aeolus, a new series of stitched works of mine. Like the stringed works of Gabo, Hepworth and Moore, they too are based on geometric and mathematical models. Each has a stitched, retro-patterned, framework with a central void filled with a mix of my delicate, hand-cut, metal leaf butterflies blowin' in the wind. They are the most complex stitched pieces that I have created so far, and have certainly taxed my sewing skills to the limit. There are ten different designs in the series so far, and each design is available in a gold, silver, copper leaf/gold, silver, copper thread combination. Each piece measures 50cm x 50cm and comes supplied in a white painted ash box frame. The Aeolus series are available exclusively directly from myself, or can be commissioned from Cambridge Contemporary Art, and The Rowley Gallery. 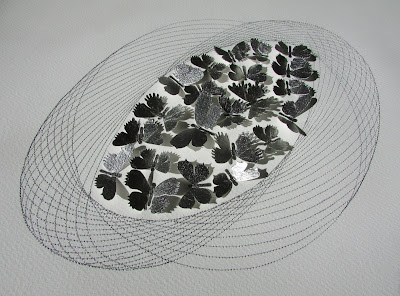 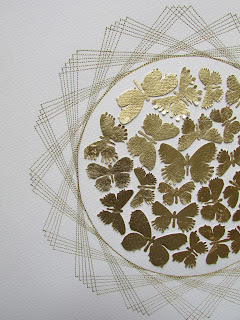 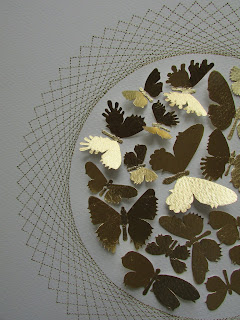 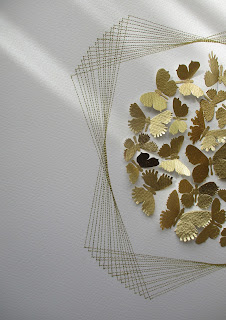 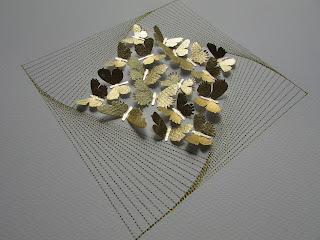 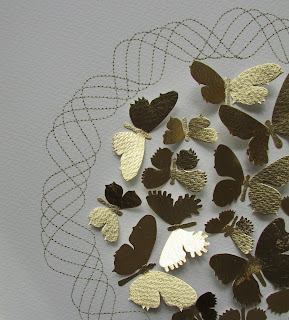 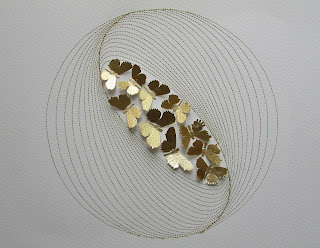 Posted by joseph scissorhands at 08:40