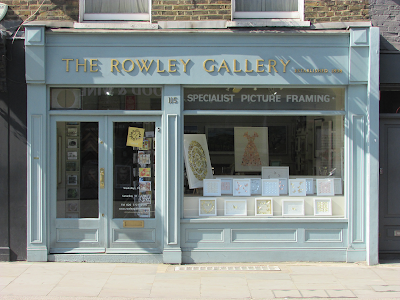 I was the latest artist in the fold to be invited by the Rowley Gallery to showcase my work in their window space. And to this end a swarm of butterflies has taken flight across the city, migrating from my studio and alighted in their temporary new home - the Rowley Gallery shopfront which I've turned into a lepidopterarium - butterfly house - for the month of April. It's a show I've called the Lepidopterist's Lair, although there are also a smattering of new damselfly artworks thrown in for good measure. Each and every butterfly is individually hand-cut, and their shapes are taken from real species as opposed to a generic butterfly shape which distinguishes my pieces. The act of individually cutting each of these butterflies is akin to a meditation, an extension of my own spiritual practices. A labour of love. 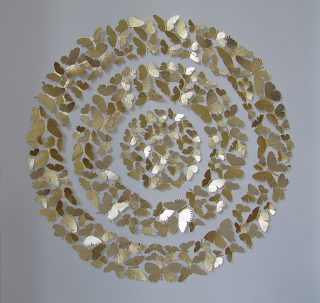 Inspiration has come in many diverse forms and I've been busy creating some new pieces large and small. The largest of these is Pilot consisting of concentric circles of gilded butterflies. The rings of butterflies hopefully evoke a sense of flight and movement. Corona below, another large piece can also be seen at the gallery during April. 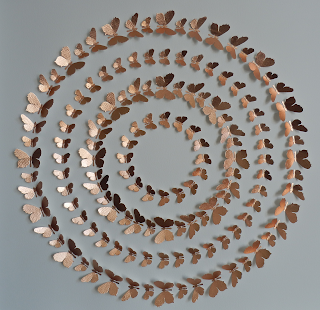 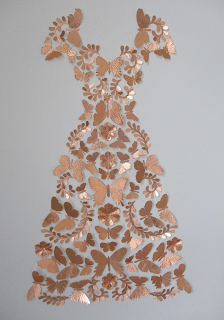 Winter appears to have finally loosened its grip, and the trees are blossoming, signalling the passage of the seasons has now slipped into a much more welcoming Spring - Primavera. It being appropriate to the new season, the spirit of rebirth, and the month of April, I have created a new copper leafed dress - Sweetheart Neckline - which takes its inspiration from the floral gown of the figure Flora, goddess of flowers, and the season of Spring depicted in Sandro Botticelli's painting - Primavera (1477–1482) above. Sweetheart Neckline compliments Mandarin Collar (gold leaf) below, another dress available at the Rowley Gallery. 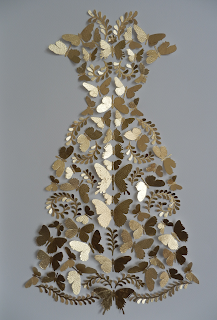 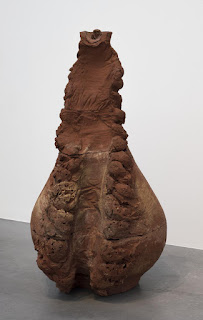 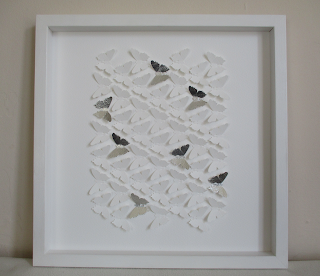 This new piece Sospiri, takes its title from Edward Elgar's musical piece Sospiri (Sigh), and is a reference to the act and rhythms of natural breathing, and mindful breathwork in yogic and meditative practices. Sospiri was also inspired by seeing Guiseppe Penone's sculpture Breath 5, an artwork concerned with the act of exhalation in the Tate Gallery. I love the fact that he has transformed breath - something so ethereal and intangible - into such a concrete, sculptural mass. 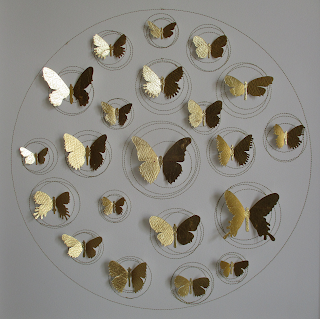 Oscillate is another new piece utilising gilded butterflies suspended within their own individually stitched auras in an attempt to reinforce the experience of movement and flight. Whilst Oculus gilded with copper leaf below, was a reaction to changing light effects seen around the circular aperture in the rooftop of the Pantheon whilst on a visit to Rome. 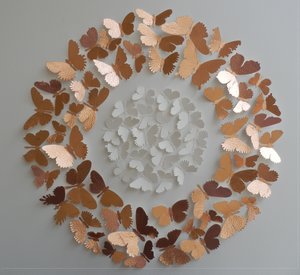 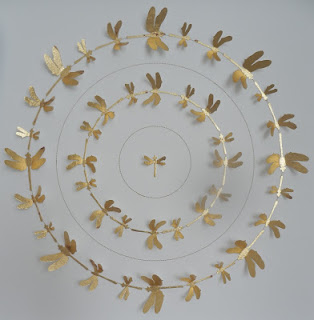 Some of the smaller pieces below are one-off creations made specially for this exhibition and will not be made again at this scale unless specifically commissioned. Contact the Rowley Gallery here if you would like to reserve specific pieces or to commission an artwork, otherwise do come and view them whilst they are available if you can before they flutter off. 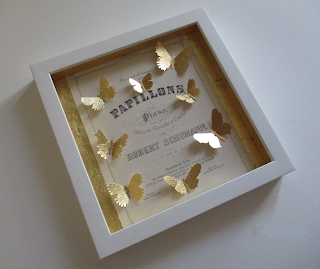 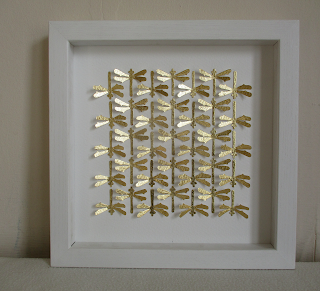 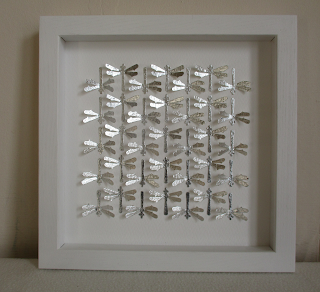 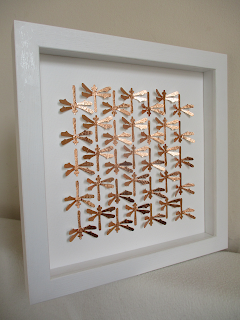 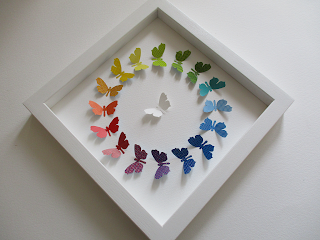 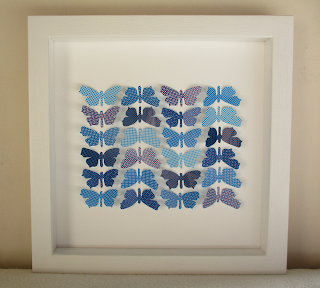 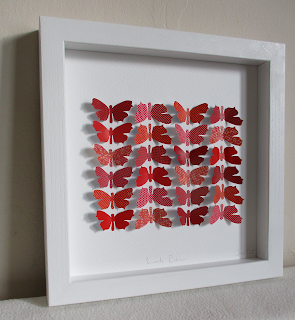 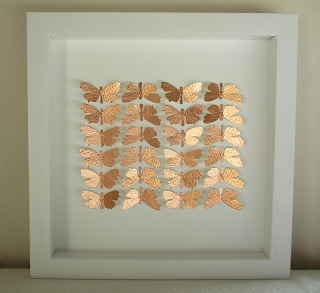 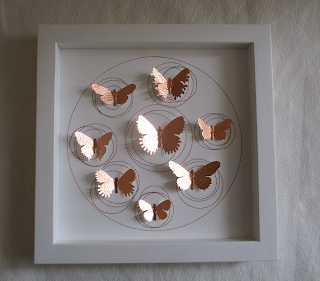 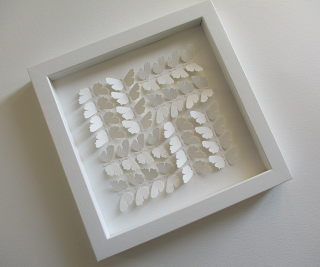 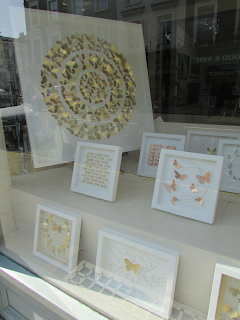 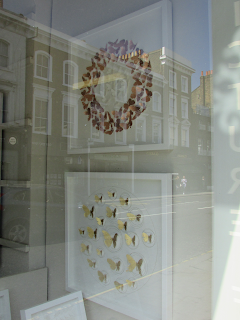 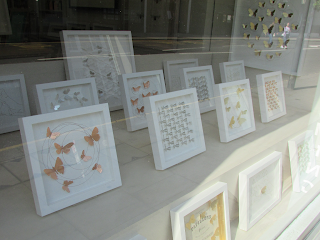 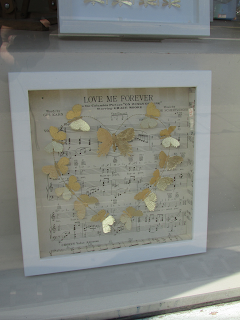 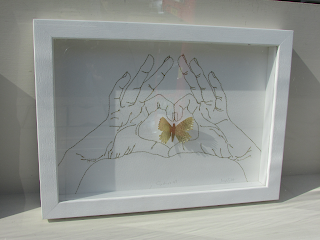 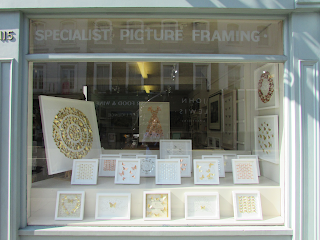