Alison Watt: A Shadow on the Blind 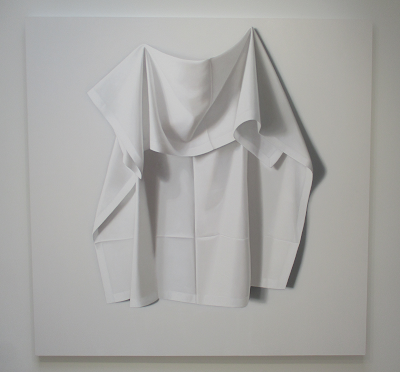 A little bit of calm after the drama of Oscar Murillo's Kettle's Yard show was to be found just off Oxford Street, where it was so wonderful to see a second show of Alison Watt's serene, largely monochromatic works at Parafin. Works from her 2016 show - The Sun Never Knew How Wonderful It Was, can be found here.


"Watt’s paintings of the last fifteen years have focussed primarily on images of draped cloth, using this motif to explore ideas about the human body through an interplay of presence and absence. However, in what represents a significant shift in her practice, Watt’s new works constitute an interrogation of the genre of still life. The starting point for this body of work was an extended meditation upon Thomas Warrender’s Still Life (1708) in the Scottish National Gallery, a trompe-l’oeil depiction of a letter rack and the only known oil painting by the artist. Many of the objects that appear in Warrender’s painting, such as feathers, envelopes and folded pieces of paper, reappear in Watt’s paintings but are rendered strange by being located in a neutral space. While Watt’s paintings appear at first to be monochrome, close inspection reveals them to be full of profoundly delicate modulations of colour and light, articulated through her carefully worked surfaces. In her paintings, the sheets of paper are blank, as if awaiting a message, or as if the writing they once bore has been erased. The envelopes, which carry letters, bear no addresses. In art history feathers are often associated with freedom or heightened spirituality, but they are also cut into quills, instruments of communication.


A second source of inspiration was the Modernist photography of Margaret Watkins, a Scottish-Canadian artist known primarily for her work in American advertising in the 1920s and 1930s. Like Thomas Warrender, Watkins was much influenced by Dutch still-life painting. She made a highly original series of works using domestic objects, including a length of rubber shower hose, and this inspired Watt’s series of works depicting coils of tubing. The title of the exhibition is a phrase from Joe Mulholland, Margaret Watkin’s neighbour in Scotland, who said that he only knew that she was in, as she was so quiet and discrete, when he saw her shadow on the blind drawn across her window. In this way, the exhibition addresses Watt’s enduring theme, the dichotomy of presence and absence." 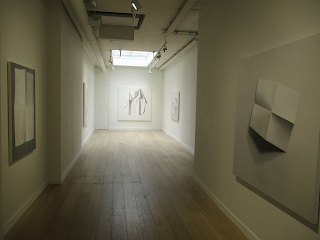 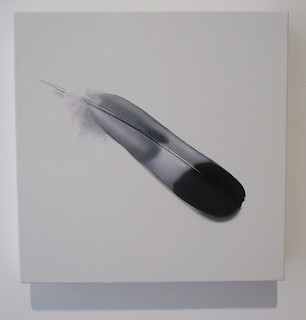 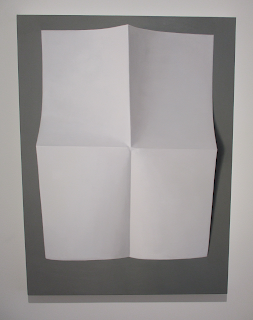 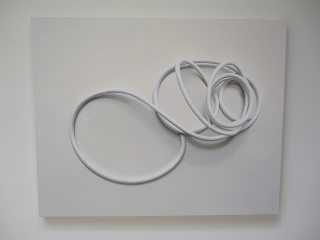 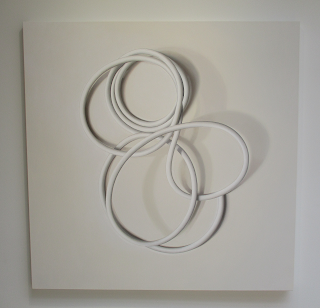 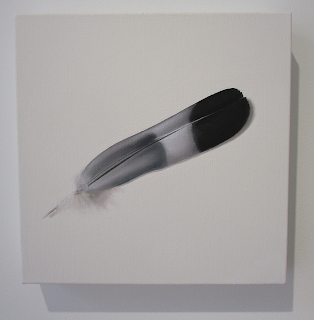 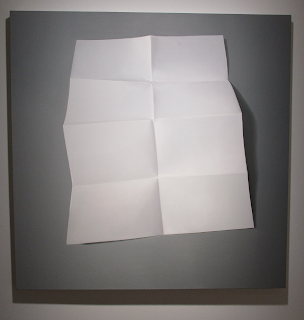 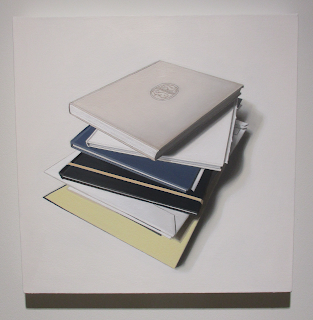 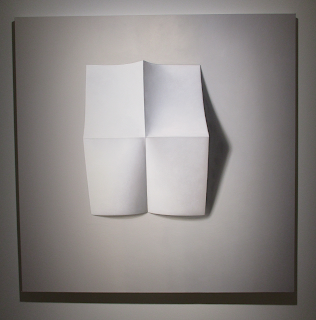 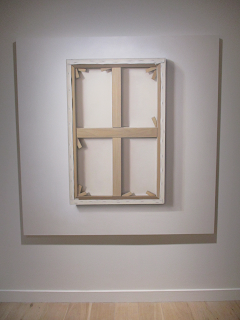 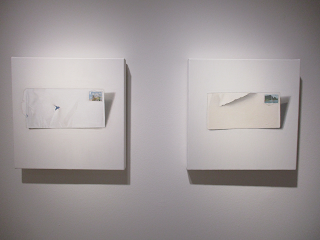 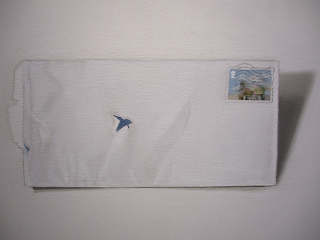 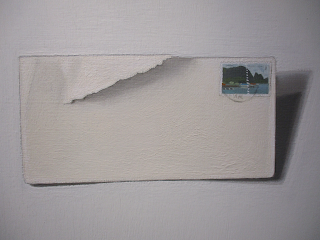 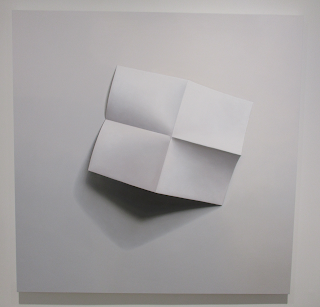 Posted by joseph scissorhands at 02:37