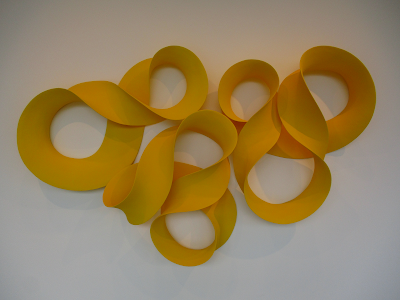 
“I work with positive and negative space, meaning the space in between is as important as the physical mass itself. I make my sculptures with the idea of them being viewed from different angles to understand the form.” - Merete Rasmussen, 2015


This seems to be the year of all things Nordic. Having visited Copenhagen earlier this year, and seeing the work of Edvard Munch lately at the British Museum,and discovering the work of fellow Norwegian Harald Sohlberg, and just recently that of Finnish artist Helene Schjerfbeck (to be featured in a future post), I have now found, and fallen heavily for the work of Danish ceramicist/sculptor Merete Rasmussen who does fabulous things with stoneware and vibrantly coloured slip. I first spied the striking work - Red Twisted Form, on a visit to the V&A museum, and as luck would have it a few weeks later saw another of her works - Blue Loop (both below), at Manchester Art Gallery in the exhibition - Nordic Craft and Design. I made my way straight to Pangolin London in King's Cross on discovering that she was currently having a one woman show. 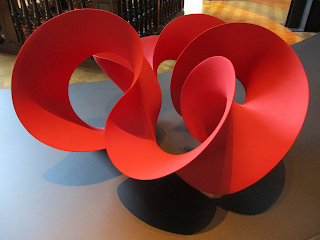 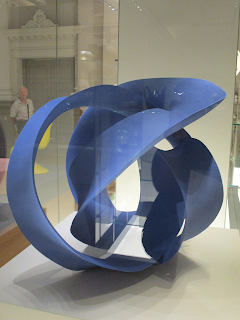 
I found it hard to believe these fluidly, looping whorls of ceramic gorgeousness (often created on a large scale), were actually made from clay and not something perhaps more plastic. They writhe and undulate, twisting themselves into impossible knots and twists, creating beautiful, eye-pleasing rhythms. These are such very complex forms which explore the possibilities of the Möbius strip in a three-dimensional form with a single surface and one continuous edge that runs through the whole figure. Their movement brings to mind the sinuous serpents in that famous Greek sculpture Laocoön. The coloured slips coating the surfaces of Rasmussen's pieces are really striking, as they really pop and sing against the stark white gallery backgrounds. It was exciting to see that in these new works Rasmussen is now exploring ombre, with colourful tones that graduate into each other to emphasise the form and sense of dynamism in the pieces. It was a revelation to see the wall-mounted pieces as they seem to defy gravity, hanging in space with absolutely no trace of the means by which they are suspended. These vibrant ceramics are a really exciting and welcome discovery. 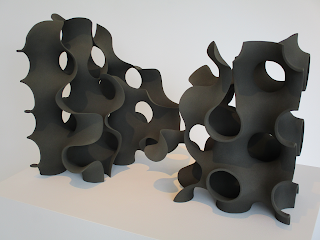 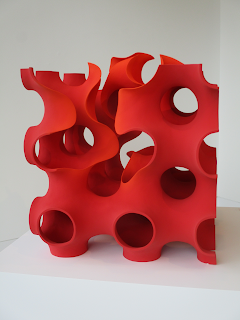 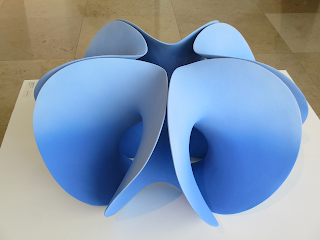 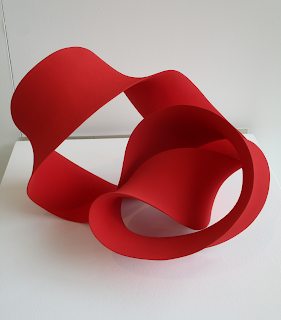 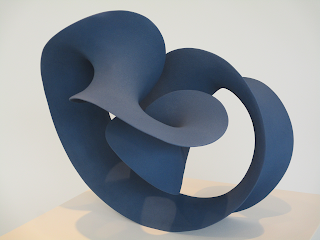 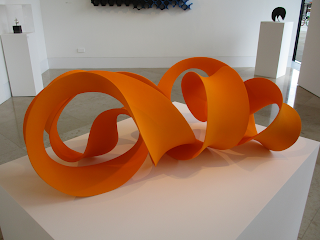 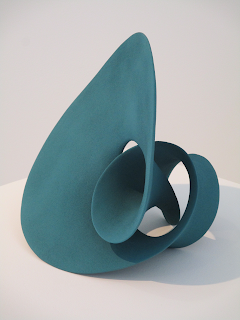 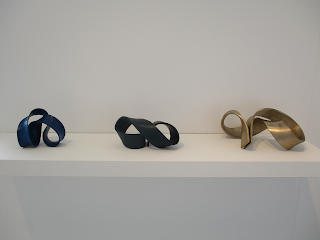 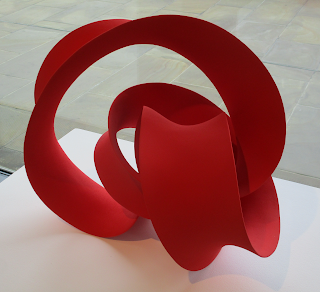 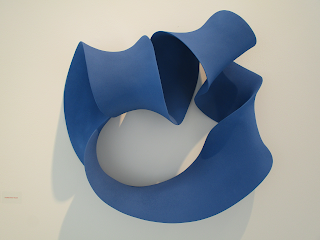 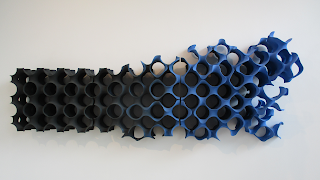 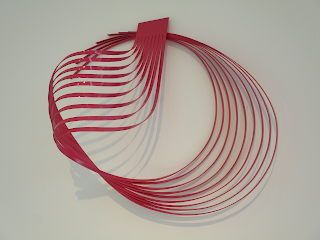 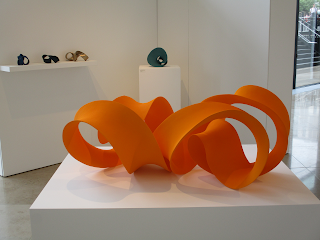 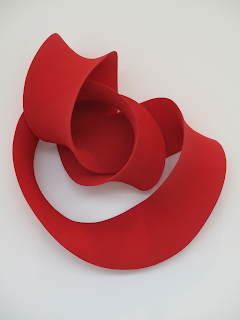 Posted by joseph scissorhands at 06:38