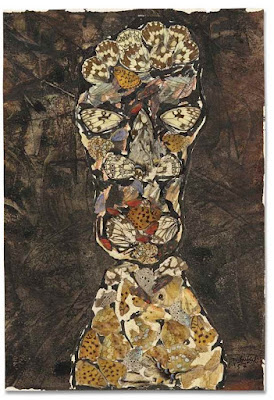 “I have a great interest in madness, and I am convinced art has much to do with madness,”  Jean Dubuffet 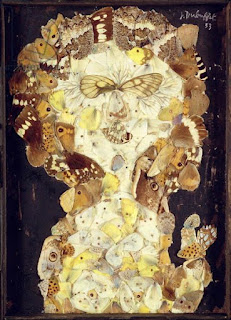 Some examples of Jean Dubuffet's butterfly wing collages. Dubuffet (1901-1985), is best known for leading a revolt against western art, challenging traditional ideas of what could be considered beautiful and what is ugly. Dubuffet asserted that 'real art' was that which was created by children or the insane. He was the founder of the Art Brut movement and was known for his use of materials which were considered highly unorthodox such as cement, plaster, tar and asphalt. During the 1950s he began using vegetation - tobacco leaves and wood in his works, and began to explore how the delicate texures and vivid colours of butterfly wings could also be used in his art. I found examples of Dubuffet's work along with those of other outsider artists in the Art Brut galleries at Lille's Métropole Musée d'Art Moderne, d'Art Contemporain et d'Art Brut (LaM) here. I think Dubuffet would have been proud to have his work exhibited in this company in this particular environment rather than with the established 'high art' of the Picasso's, Modigliani's and Léger's etc. in the main collection at LAM. 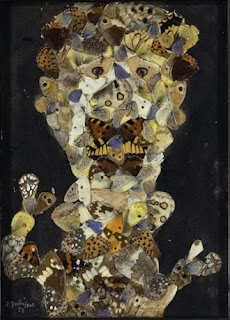 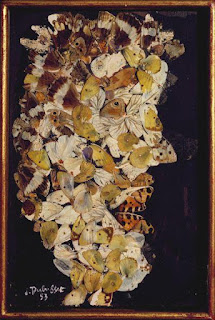 Dubuffet also created a series of collaged landscapes (to be explored in a future post), out of butterfly wings as well as this unusual cycle of portraits. The inspiration for the portraits may well have been the surreal work of Arcimboldo and other artists who created faces out of natural objects, and whose work Dubuffet would have been familiar with from his visits to the Louvre. 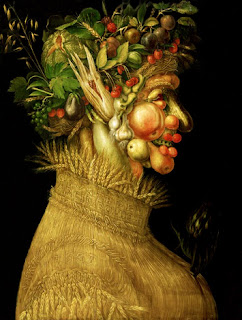 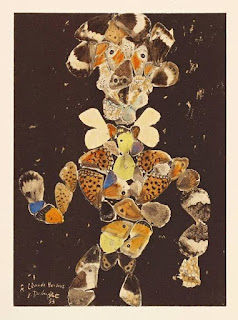 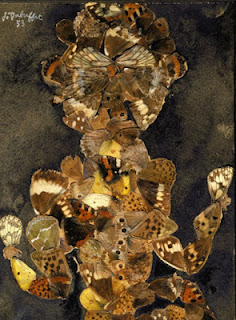 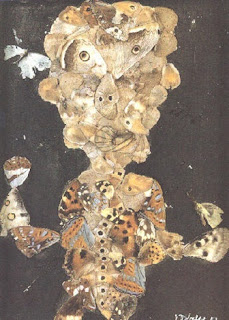 The resultant portraits seem a little disturbing, and definately have an air of the surreal about them. They certainly embody the spirit of the art of both children, the outsider art of the 'insane' and those with no formal art training that Dubuffet so admired. 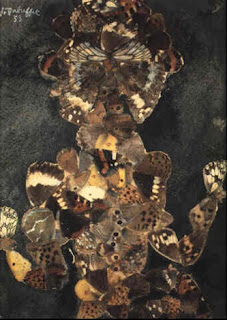 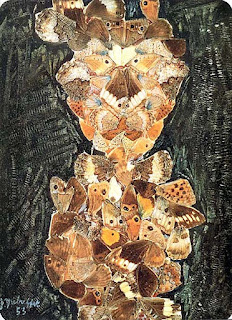 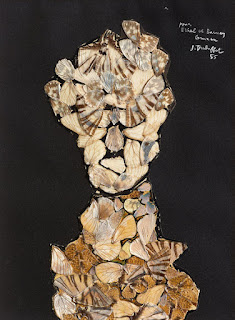 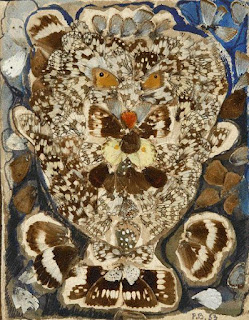 Dubuffet's butterfly wing works were influential on other artists and writers. The piece above is a portrait of Dubuffet created with butterfly wings by French writer and artist Pierre Bettencourt (1917-2006), and is very similar to Dubuffet's collages and also created during the same period. 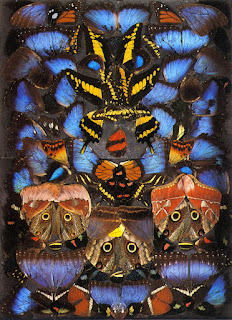 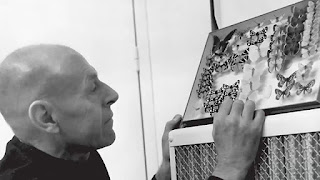 Jean Dubuffet with part of his butterfly collection

Posted by joseph scissorhands at 08:54